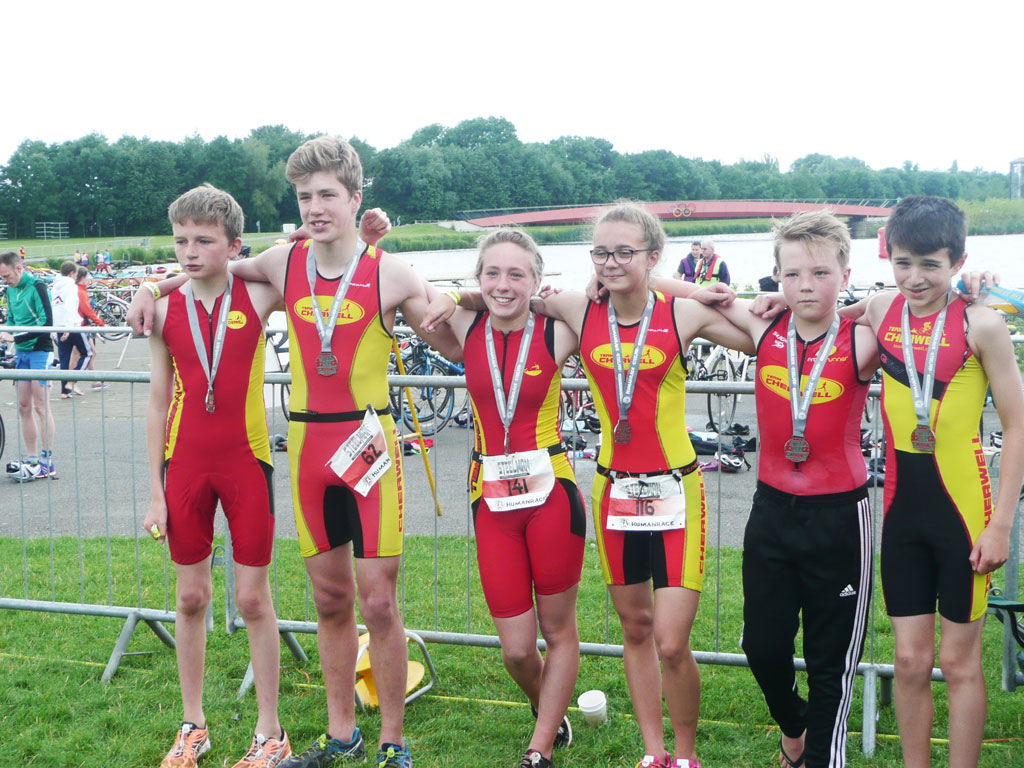 For the second weekend in a row Team Cherwell Juniors were on the road early to travel to a South Central Series event. This time at the stunning setting of Eton Dorney for the Human Race Steelman event, a compulsary series event. This event is attended by Triathlon regional clubs from all over the country, all with high hopes of qualifying for the IRC selection team. Tough competition throughout all juniors and youth categories!

First triathlete in the open water swim was Reuben Trotter racing in the 15-16yrs Youth event which was a wet suit swim of 400m, 10.6km high performance drafting bike course followed by a 2.5km run. Despite just being just off the lead group Reuben came home an impressive 6th place.

The 13-14yrs boys sporting green swim hats were next in the water. Again a very fast pace set in the 300m swim, a drafting 10.6km bike and a 2.5km run. Daniel Roberts was first out for TCJ and made good use of the bike group he was in and having a storming finishing run crossing the finish line 15th in a time of 34.42. Well done to Harvey Jones 38:06, Max Morgan 40.52, Richard Churchill 41.11 and Harry Sexton 45.16 who all had good races and were strong in so many parts of the race.

Racing the same distance was the Katie Pamphlett and Mabel Shepherd in the 13-14yrs girls. Another strong field of triathletes from all around the UK. Both girls made full use of group bike riding to finish with strong runs in a time of 38:09 and 42:39 respectively.

One more race left in the South Central Series, Andover on the 10th July.  Good luck to you all.