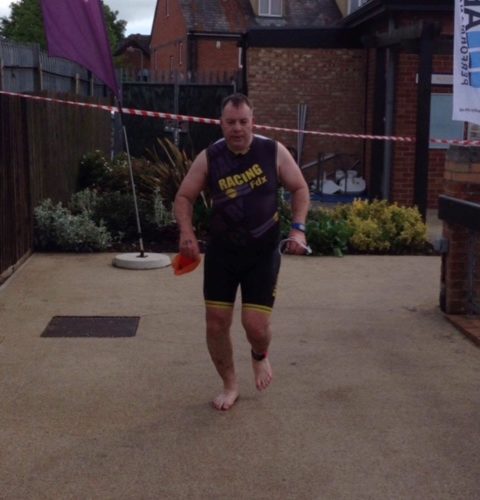 Banbury Triathlon race report by Craig Tibbetts
Opening the curtains on Sunday morning I was pleased to see it was at least dry after the week of biblical rain for my first full distance sprint triathlon, having joined team cherwell a month earlier.

After watching the super sprint start I went to make myself ready, once sorted I headed to the side of the pool ahead of my start time watching those in front ease themselves into the water, soon it was my turn I got in relived that it was somewhat warmer than I was expecting.
My swim started well and I kept pushing through, coming to the far side in 25 minutes, 5 minutes quicker than my entry time, sliding over the wall it was into t1 and out on the bike, hearing number “97 Craig Tibbetts from team Cherwell” as I made my way up the slope,left foot in but the right wasn’t being as co-operative but eventually clipped in and out I went down woodgreen avenue, unfortunately got caught out with the red light but duly stopped I shouted out my number as instructed at the briefing, first half of the bike I couldn’t find a good rhythm but the second half felt good and head down going into Milcombe was enjoyable, passed a few people on the bike who had overtaken me on the swim, a time of 51:34 on strava was quicker than my previous time on the route recce which I had done a few weeks earlier, soon back into Banbury on t2, on with the trainers and out on the run, out and back in 35:55, and into the finish. Before the event I had set myself a target of coming in under 2hrs, given this was my 3rd tri and first full distance I thought this was a sensible but achievable target, the time on the print out came out at 1:59:52, so I had achieved my goal, certainly not going to be troubling those at the top of the sheets but for me completing is my goal to the best of my ability.

I’ve enjoyed my time so far at look forward to the next one, true to its word I’ve found team Cherwell to be very welcoming and inclusive of all abilities, and the swim coaches have helped me massively, thank you all very much for the encouragement and your skills as coaches.

“The support and encouragement from friends, family, the cheerleader, fellow Team Cherwellers and the Team Cherwell coaches makes Banbury Triathlon one of the best to take part in!” Caroline Chanides 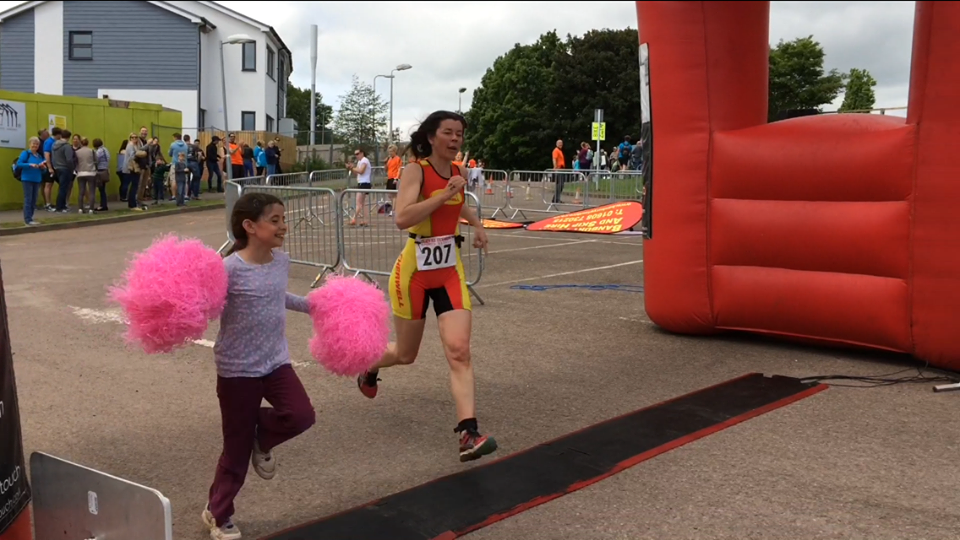