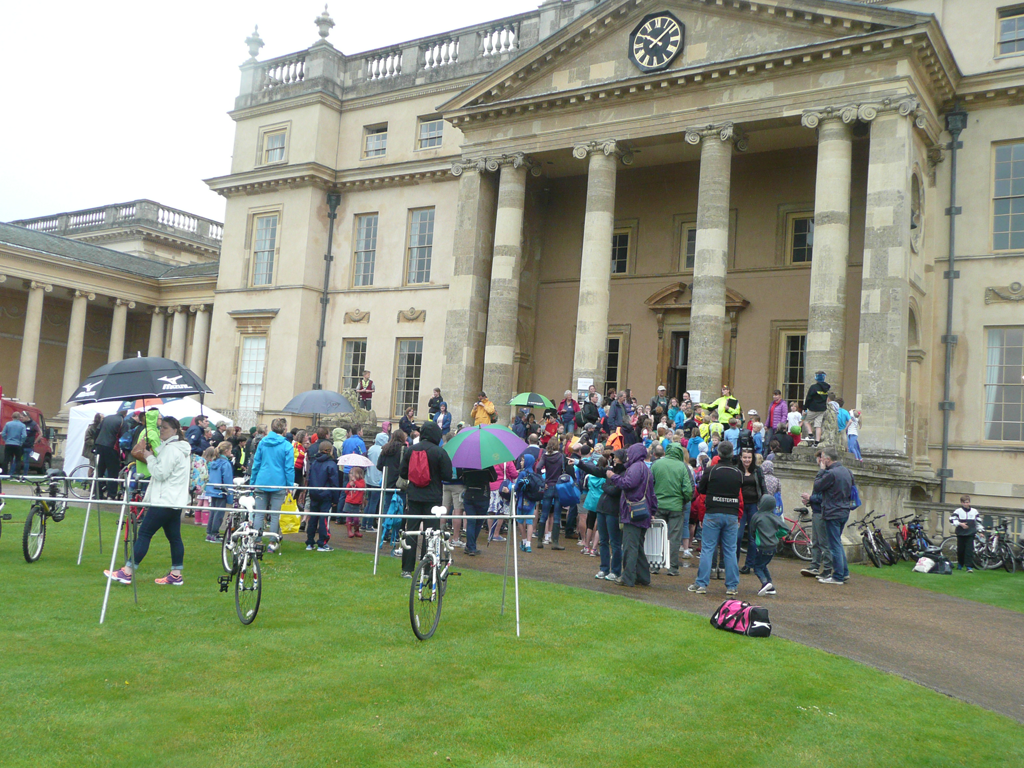 Sunday saw 28 Team Cherwell Juniors travel to Stowe school for race two of the South Central Series. The weather was wet and despite a very large field racing in all age groups the ground coped well.

Racing was opened by the TSS and in his first race for the club Charlie D came a stunning 1st followed by Freddy I 3rd and Thomas R 5th and flying the flag for the girls Niamh who enjoys each race more every time she starts.

The rain was still coming down as the TS1 started and the three TC coaches stood watching you on the bike course were all impressed how you used the grass part of the course to overtake other racers but stayed safe on the slippery road surface. Good finishing places Aaron 6th, Jake 7th and Freya 11th.  Also well done to Jonty, Thomas, Jo, Kai and Catherine.

Next up was TS2, the bike course was taking a battering but solid racing from Isobel 11th, Maelane, Corrie, Emily , Lucy and Ned.

Now the frightening racing was about to start – TS3.  Despite warnings in the race briefing we knew that they had their race heads on. First out of the pool was Harvey J, Mabel and Daniel and they made full use of the clear bike course. Next out was Katie and Max who were chasing the rest of the field down. A few tumbles were had by some Team Cherwell racers but you all jumped up, and just got on with the rest of the race.

Good finishing places by gender: Katie 6th, Mabel 8th, Max 6th, Harvey 7th.   Well done to Daniel, Ielena, Richard, Thomas, Luke and Ollie for all coming across the line safe. Some lessons to be learnt by all of you.  Have a chat with your coaches to discuss in more detail.

Early start next Saturday for Dinton but good luck to everyone.