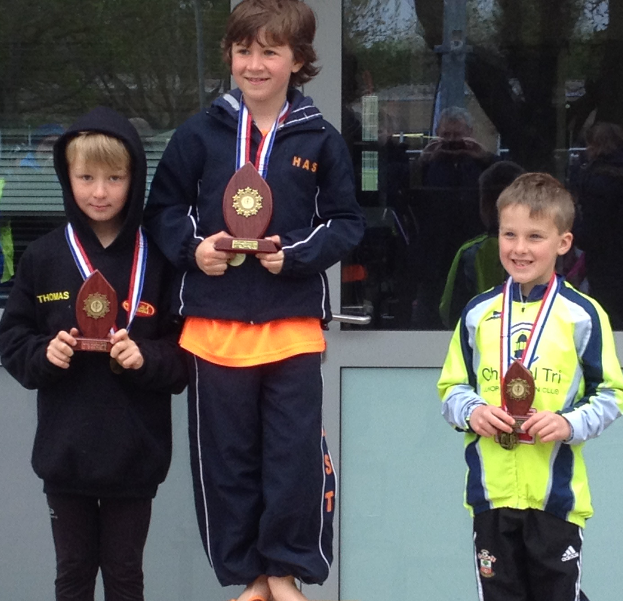 Thomas Roberts (Tristart) and Daniel Roberts (Tristar 3) both
represented Team Cherwell at the Chapel Aquathlon (Hamble) on Monday 2nd
May. The event was organised and run by Chapel Tri, so there was some
pretty stiff competition in all categories of races.

Thomas competed over a 60 metre swim and 600 metre run. He had a steady
swim and was towards the back of the field at the start of the run.  An
excellent run saw him catch and pass most of the field finishing in 2nd
place in the Boys race.

Daniel competed over a 400 metre swim and a 2.4Km run. He was
unfortunate to be in the last of the waves with most of the stronger
competitors in the earlier wave, but still produced a good swim and a
great run finishing 4th in the Boys race.

We will be working on streamlining in the pool and sharpening our
transition skills for the upcoming races to see if we can shave off some
more seconds.