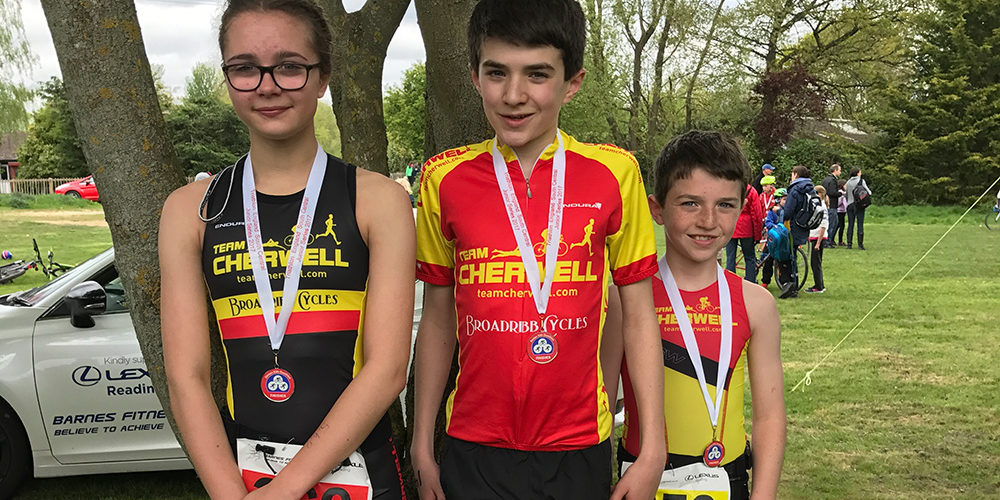 Six members from TCJ travelled to Dinton Activity Centre Wokingham to join 174 other children to race in the second South Central Series Race.

The run and bike route this year had been prepared more and the ground conditions were firm except lots of bumps on the bike course so upper body strength was needed to control the bikes.  The age group fields seem to be getting bigger and bigger and this was the case on Friday.

All TCJ’s raced well Jake has moved up to TS2 this year and came home 21st, Kia 28th and Corrie 20th. The TS3 race we knew would be fast and each member performed well on the bike over taking other racers who had got past them on the first run and again strong second runs from Max who finished 8th, Richard 14th and especially Mabel who took 6th place with a storming sprint finish to the line.

Good luck at Duston and Southam Triathlon next weekend.