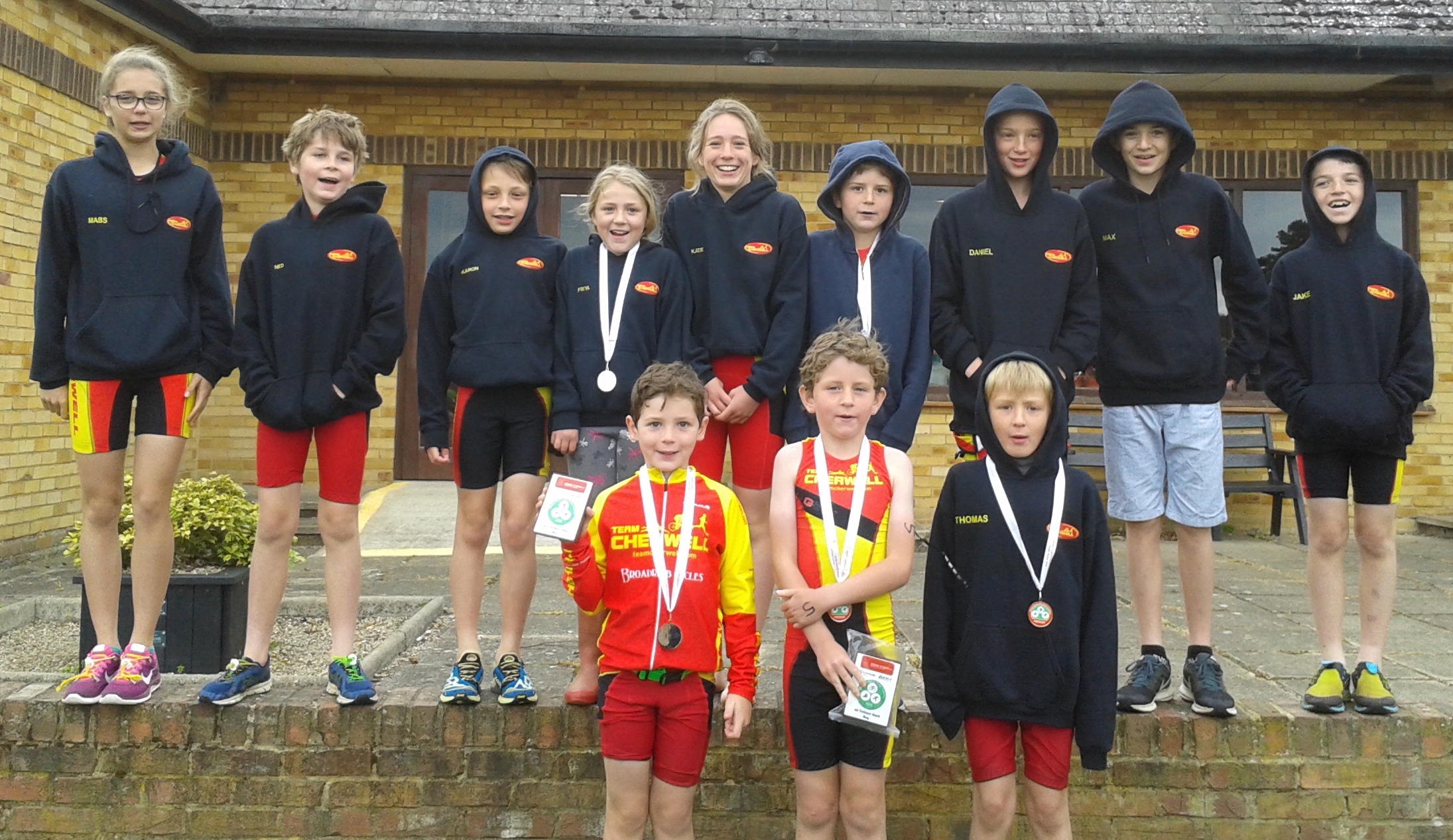 It was an early start for the TC juniors on Saturday morning. This race should have been an open water series race at Dinton Pastures but due to the water quality at the lake is was rearranged to another venue close by.

By 8am the TS3 triathletes were in the open air pool and with a 280m run to transition they all took it in their stride. First out of the pool for TCJ was Daniel who had the fastest T1 transition of the day, he made use of the clear bike course to catch and pick off the competitors in front of him, and he took full advantage of the down hill section to make up ground. Next out was Max, again using his bike skills to make his way through the field. It was Katie’s turn to take to this bumpy uneven bike course, and was she was on a mission with excellent bike handling skills and good leg cadence all the way around. Mabel closely followed, and again made good use of the flat and down hill sections to catch other racers. Good fluid runs from all TS3’s. TCJ came away with a haul of trophies in this age group with Daniel 1st, Max 6th, Katie 2nd and Mabel 3rd. Unfortunately Richard had to retire due to mechanical issues with his bike.

Before we knew it the TS2’s were racing in a large field. Well done to Ned who was flying the flag alone for TS2’s for TC.

TS1’s next, another large field in both the girls and boys. Some confusion in the pool with the running order, but well done to Jake 9th, and storming runs from Aaron, Jonty and Freya.  The bike course had some tight corners but all strong performances from you all.

TSS
The winning time was 9.25, and second place was 9.29 and these both belong to TCJ’s!  Charlie 1st, with his second win within seven days. Freddy improved from 3rd last Sunday to 2nd this week, and closely followed by Thomas 4th who will make the podium soon just keep going. Their times speak volumes and as always with the TSS’s races are so fast! They are like small rockets going around the course.

Well done to you all.  A great result despite the very early start for us all.

Good luck to all the TS2 and TS3’s racing In the open water race at Steelman Eton Dorney next weekend.  Race in those club colours with pride enjoy the atmosphere.