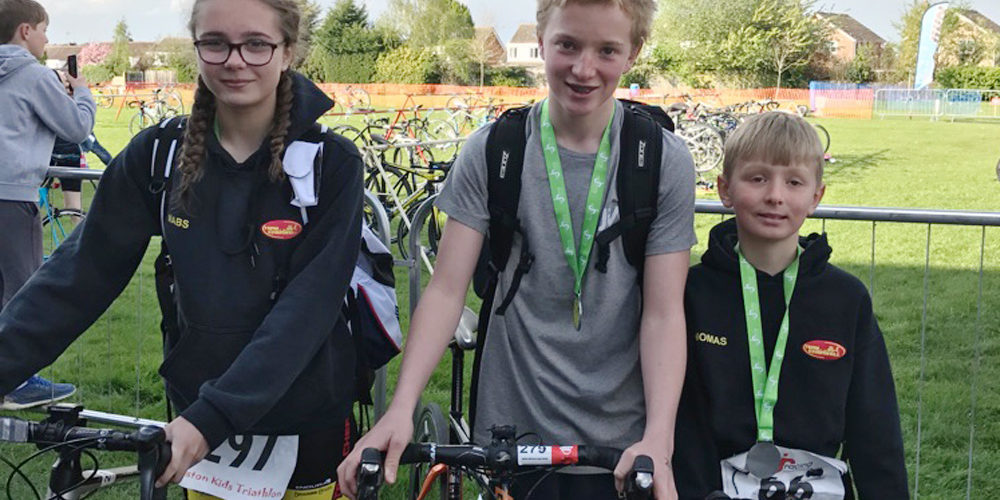 Off to Northamptonshire for a race which was part of the East Midlands Series for Daniel and Thomas Roberts plus Mabel Shepherd.

Again the race fields for TS1 and TS3 where large.  At this race it was a much shorter swim for all age groups with a 100m run along carpet to transition, followed by a tight exit out onto the bike course which was on a mixed surface of tarmac and grass with a couple of tight turns thrown into the mix.

Thomas put in a good race in his first year as a TS1 finishing strong on the run coming 16th.  Daniel started well on the swim and flew around the bike course using all aspects of the course to his advantage despite losing a cleat shoe when trying to mount coming out of T1. Daniel came home 3rd only 1 second separated 2nd and 3rd place. Mabel plan was to push all the way and she did and this was viable on the bike and run chasing other racers down crossing the line in 9th.

A good afternoon to see racers from another series and race against strong triathletes.

Rosie Weston from Team Cherwell also had a great race coming in 1st for ladies in the under 20’s for the Sprint race – Well done Rosie!