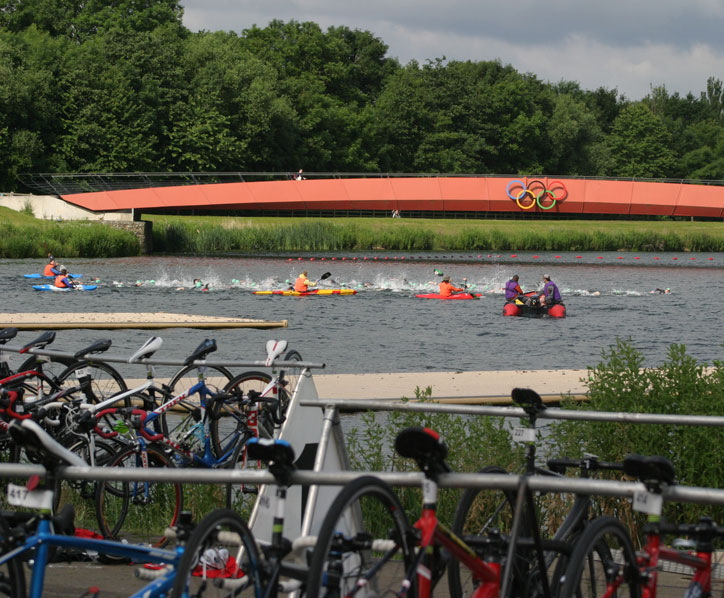 Well what a busy weekend for the TC Juniors we had people representing the club up and down the country.

Locally on Saturday we had 13 members racing at Southam Aquathon and despite it not being the most pleasant of racing conditions a bag full of podium finishing was had by the club:

Sunday Human Race Eton Dorney Super Tri – Open Water Triathlon
Only three members of the club entered this race Richard Churchill, Katie and Freya Pamphlett racing on a fast and flat bike course and the out and back run course alongside the rowing lake which they had swam in earlier.

TS1
Freya 18th out of 56 girls, this was Freya’s first open water swim and I hear she did really well.

This race is a really good introduction to open water swimming in a safe and calm water environment.  So perhaps check out the Human Race web site in the New Year for the race dates, they do sell out quickly so register early to avoid disappointment.

IRC Race Strathclyde Sunday
The Roberts family made their way up to Glasgow for Daniel to represent the South Central Squad in the Inter Regional Championships.  Despite having a hard swim due to his position on the starting pontoon and coming out of the water last but one he made up places on the fierce bike course and the run coming home 29th.  Congratulations to Daniel for representing not only the club but the region that we all race in throughout the spring and summer months.

It would be really good to see as many Team Cherwell members taking part in more of the South Central Races next season, it does involve travelling but if you ask any of the current club members we all make new friends (parents and children) from all the other competing clubs.

So just a reminder not many races left to tick of those three races that you must have raced in representing the club to continue with your club membership for 2017.  I will send out an email in the autumn asking you to confirm which races have been completed by your triathlete.