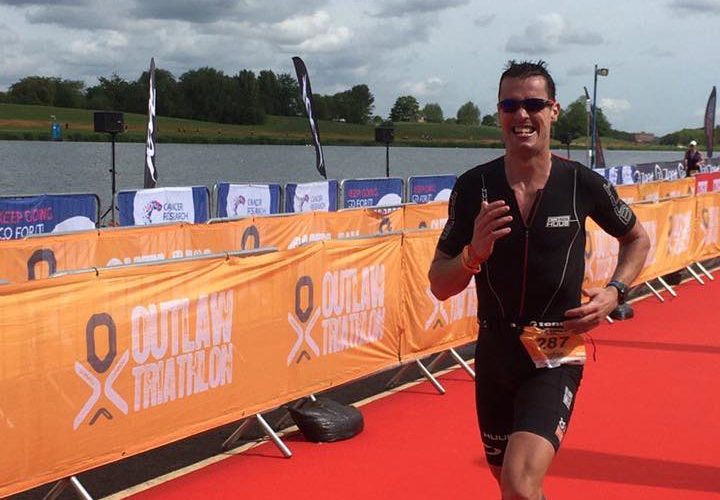 Second time doing the Outlaw Half for me and this was a training race for the Challenge Championships in Slovakia in 2 weeks.

Swim, 30:07
Different set up this year where swimmers were spread out per wave across the bottom of the rowing lake near transition. As a result the start wasn’t as crowded as last year. Given that I got hemmed in last year I went further to the front and aimed to push hard for the first 5-10 minutes before settling into my half IM swim pace.
This paid off and after a bit of water based wrestling and some unintended additional hydration from the lake ( not recommended) I got into clear space settled into my rhythm and started to catch people. ( new experience)
I got to the first turning buoy and by doing a wide line around the buoys managed to stay out of trouble. Second turn buoy same tactic again and I settled into a pace with 2 other swimmers. We swam together back to the swim exit. Got out of the water in 30:07 and with that a new Half IM Swim PB for me. I’m gutted about the 8 seconds as I’m still chasing that elusive sub 30 minutes Swim. Support staff on the ramp out of the water were superb, even partly unzipping your wetsuit as you came out of the water which made T1 easier.

Transition 1:
They re-arranged the lay out and it was packed. Due to the cold ambient ( 8C ) I struggled with my cycling shoes ( note to self buy proper Triathlon cycling shoes ) I also opted for a lined and wind proof cycling jacket ( not the easiest to put on ) so slow T1 for me in 5:44

The Bike, 2:25:11
My favourite part, and after setting a benchmark last year, I really went for it this time riding at 85% of my FTP overall. The jacket proved a good choice as I passed several riders shivering in just their Tri suits. The roads were partly closed and well marshalled and despite Nottinghamshire councils doing the very minimum of road maintenance ( I do wonder where our road tax goes? ) the surface in general was about OK.
First 38.6k ( 24.1 miles ) done in the first hour, still feeling good. The Southern loop was once again slower for me this year with sections with bad road surface bringing the speed down a lot. But managed to keep catching and overtaking people until I found myself changing positions with a relay rider for quite a while. The only person to overtake me on the bike was Matt Bottril ( former U.K. Time trailing champion ) which I could live with.
Coming back into the back road leading to the Triathlon venue the road surface represented more of a MTB course than anything else, so slowed down a lot. Overall time 2:25:11 and slightly quicker than last year despite averaging 15Watts more ( maybe I need to work on my Aero position next… )

Transition 2,
My bike section put me as second rider of my wave ( relays excepted ) back into T2 and there is something quite satisfying about seeing all those empty racks. Quick change over into my running shoes and I was out in 2:44

The run, 1:29:31
Coming onto the run course, my family were right there for a nice mojo boost after cheering me into T2 as well. The sun had come out and it was warming up nicely. I found myself running shoulder to shoulder with a female relay runner. As we were clocking off 4:05/km she was making this rather dubious grunting noise which was an odd experience.
The run is an out and back along the River Trent tow path followed by a loop of the regatta lake at Holmepierrepoint. The tow path was still covered in puddles which meant jumping over them. Interesting way to remind yourself of running stride and position afterwards.
After being passed by a few stronger runners I ended up running the first lap on my own in my own little bubble.
Then what a change when I came last transition for lap 2 were the the rest of the wave had started on the run course. This made the tow path in particular crowded which changed the dynamic of the run.
Despite that I more or less ran at my target pace. At 10 miles the hard effort on the bike started to catch up with me and the last 3 miles I had to dig very deep to keep my target pace. I didn’t ease up coming across the line and managed to take 4 minutes off last years time as well as my first sub 90 minute half marathon off the bike.

The venue was great post finishing, friendly sports massage, good food in the catering area and complimentary Erdinger Alcohol Free beer made for a nice recovery whilst waiting for the others to finish.

All in all great race and well worth coming back to.
Time for some easy sessions tomorrow before getting ready for the next one in 2 weeks 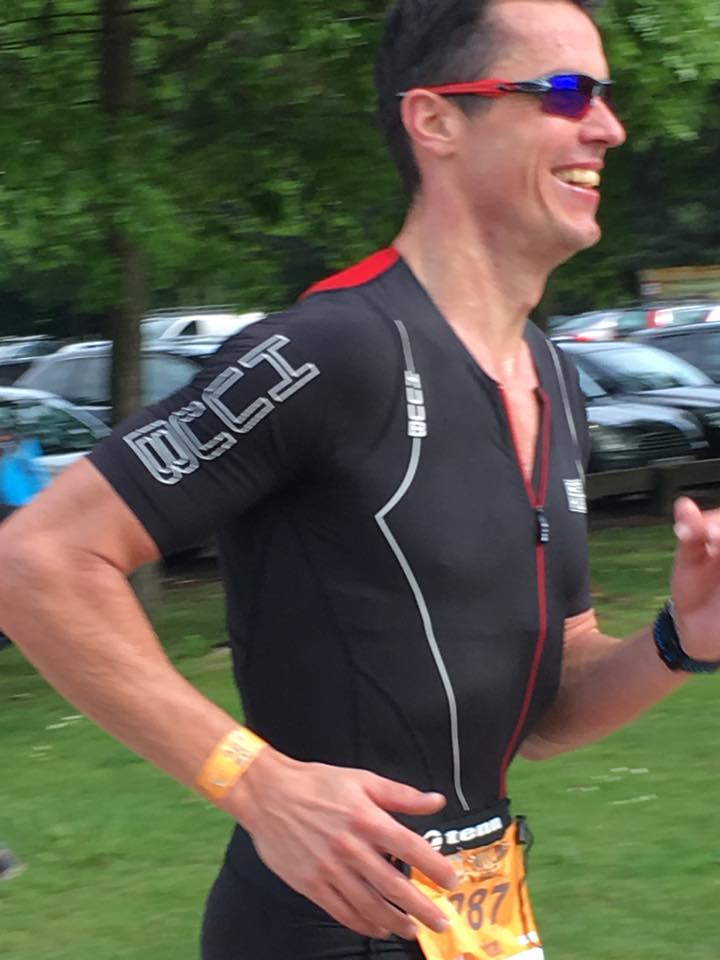 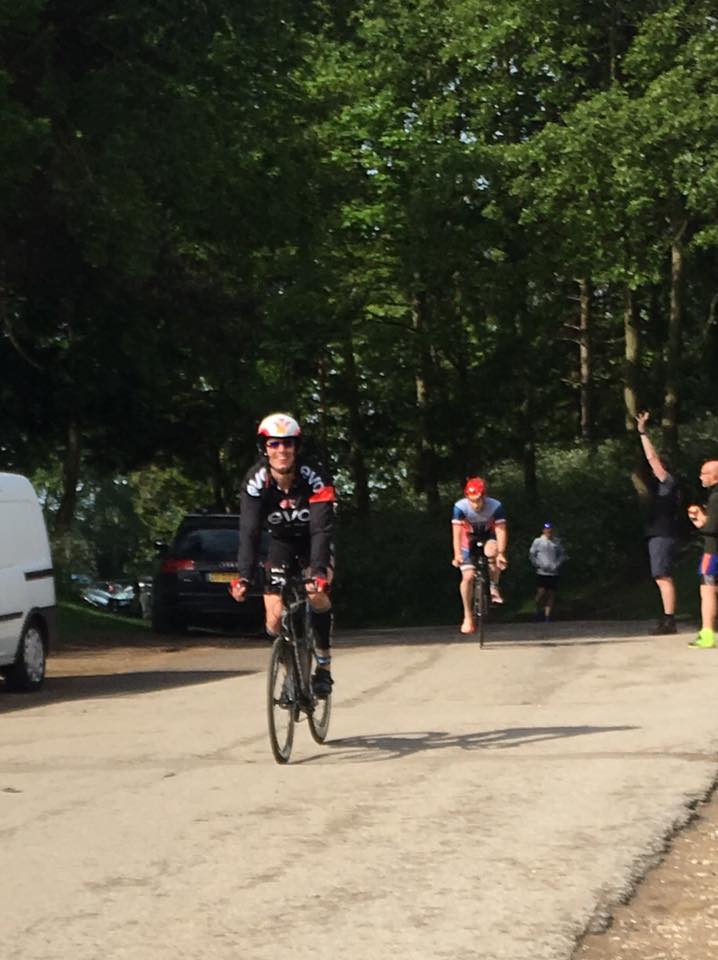