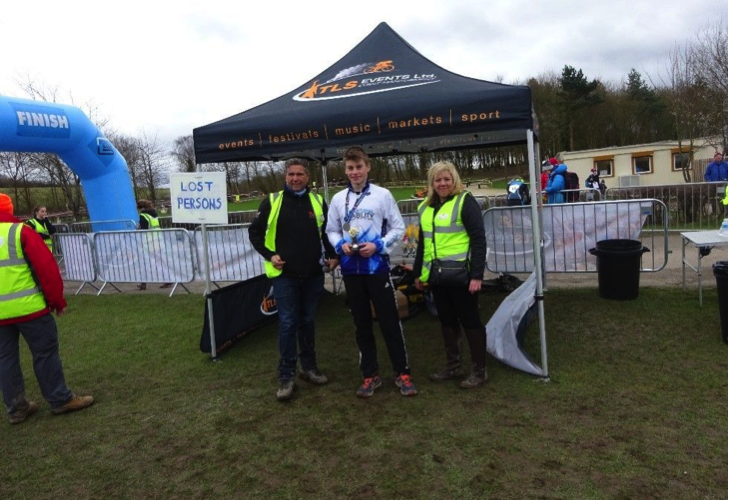 Sunday 26th February saw the launch of my 2017 triathlon season, albeit it a ‘Duathlon’ (run/bike/run) rather than the usual triathlon.

I was particularly interested to see how a long hard winters training had paid off. At the end of 2016 both my coach (Brain Butler from Natural Ability Performance Coaching) and I had identified that my running was going to be the main focus for the winter training program, and this was the first opportunity to test it in a multi-disciplined event.

After an early start and a long drive, I arrived at the race ‘ready to race’, and with my race plan in hand, the coaches always tell us to ‘control the controllables’. and the race plan helps to do this. So, following the plan, I got my kit all set up, and listened to race briefing which was the same old same old! It was a chilly morning, so keeping well wrapped up I started my warm up, which really did warm me up!
I lined up on the start line (this time not in the water) ready for my first 5km run, with a good winters training behind me I was keen to see what time I could produce. The hooter went and we were off, I got myself into a good start position working with the adults. The pace was high but I felt good and knew that it would be a fairly fast first 5km time.

I came into transition just behind the leaders so knew I would have to work hard on the bike. I flew through transition gaining two places and got onto the bike in a strong position, I fastened my shoes up and went for it. The bike course was very undulating which played to my strengths as I live at the bottom of a hill, and I need to climb every time I ride in training!! I could see two cyclists just in front of me so pushed hard up the hill to overtake them. I knew that I had to keep pushing to gain time on them, after the first run I guessed they would be slightly quicker than me and possibly be able to run me down during the second run.
I came back into transition and quickly got my trainers on for the second run. I was able to hold the athlete behind me to come across the line in 5th place overall, and 1st in the Under 20s AG.
This was a positive start to the season, the running focus was really starting to show dividends with the fastest 1km averages I had ever recorded over the 5km and 3km distances, with these gains in performance and moving into a new AG, I am really looking forward to the 2017 season.

My next big challenge is at the Loughborough Performance Assessment weekend where I will be racing against the best in my age group in the Country…wish me luck!! Thank you to Brian for his continued support.