We have a great team of British Triathlon Federation qualified coaches working within the club. As a club member, you will benefit from their knowledge during each of our weekly training sessions. They are always on hand to offer guidance and advice to support your training. 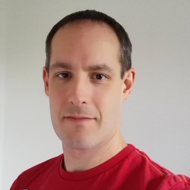 Richard Stuchfield
Level 2 BTF Coach
I am currently a BTF Level 2 coach and studying for my Level 3 qualification. I took over the position of Team Cherwell Head Coach in 2012 and currently run swim sessions on Friday and Sunday evenings. As a coach, I love being part of helping others on their triathlon journey and helping them achieve their goals. I also run the Banbury based bike fitting company 360BikeFit. 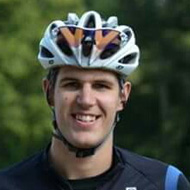 Henry Sleight
Level 1 BTF Coach
Henry was one of the first members of the TC junior club in the early 2000's and has been racing ever since. Henry was AG National Champion in 2013 and also represented GB at the World AG Champs in the same year. More recently Henry has been racing off road in the European Xterra Triathlon Series and is currently the highest ranked GBR Pro athlete in Europe and came 10th Pro in the European championship. Currently coaches Tuesday night swimming session. 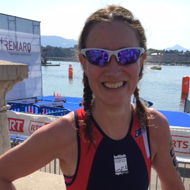 Helen French
Level 2 Coach
I am a food scientist by profession but triathlon is my passion. I have raced consistently for GB Age Group squad since 2008 at both sprint and Olympic distance but also raced several 70.3 races in some sunny destinations ! Track and swim sessions are a favourite, drills, drills, drills - always go better with a smile on your face! Train hard, be specific and don't forget to enjoy what you do - isn't that what it's all about? #happydays

Andy Bucher
Level 1 BTF Coach
I have been endurance training and competing for over 35 years. As a young middle distance runner I represented Germany as a Steeple chaser. I am a passionate cyclist and runner and am a committed athlete and coach. I like competing up to Olympic distance in triathlon but have as much fun doing a fell run or may be a mountain bike race. I currently act as a supply coach for adult as well as junior sessions which I enjoys tremendously. 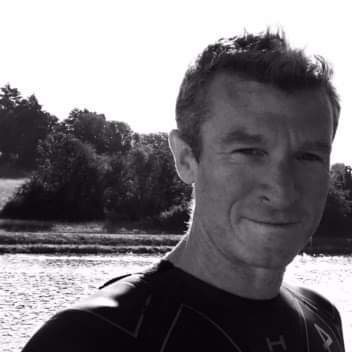 Alex Birch
Level 1 BTF Coach
Since nervously lining up for the Eton Dorney Standard Distance triathlon in 2013 triathlon has brought balance, challenge and huge amounts of pleasure to my life. Like many before me I stepped up to 70.3 the following year and made the leap to Full Distance in 2018, the same year I hung up the suit and tie to become a Personal Trainer. Now a BTF Level 1 Coach, I love coaching track sessions on Monday night and look forward to helping others get the most out of this amazing sport. BTF Level 2 is my next goal – and it’s never too late for a crack at an AG place! 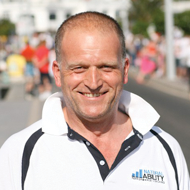 Brian Butler
Level 3 BTF Coach
A founder member of Team Cherwell, Brian has been coaching for 20 years. Brian started coaching as the popularity of Team Cherwell grew and was one of the first qualified coaches with Team Cherwell. Brian is a certificated TrainingPeaks coach, certified Ironman University coach, and currently works with the British Triathlon Performance South Central Academy. 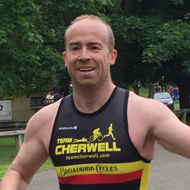 Gyles Horner
Level 1 BTF Coach
When the opportunity to qualify as a BTF level one coach came up through Team Cherwell sponsorship, I jumped at the chance. I’m currently Chairman of Team Cherwell, so don't coach as much as I used to, but I still cover the Sunday swim sessions when needed, help to run the training camps and give the benefit of my experience to new swimmers at our lake during the summer. 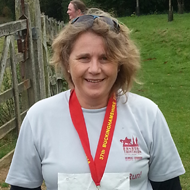 Sarah Shepherd
Level 1 BTF Coach
I have always enjoyed swimming and swam for a competitive club until late teens. Competing in open water swimming races around the country. I Coach at various venues for the club, NOA track on a Monday, Tuesday nights in the summer at Woodgreen pool, Hinton Lake for Open Water swimming and Sibford on a Sunday evening at various times throughout the year. 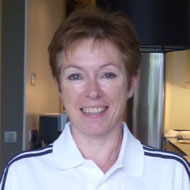 Sue Hirst
Level 2 BTF Coach
I am a teacher by profession but am new to coaching, although I have participated in lots of triathlons and have been on the other end of the coaching experience for many years! I am currently near the end of my BTF Level 2 Coaching Course and I look forward to running some of the coaching sessions in the near future and putting some of the theory into practice. 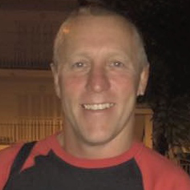 Richard Hughes
Level 2 BTF Coach
I started coaching with Team Cherwell to further my knowledge about Triathlon but more so to give something back to a sport that gives me so much. I love working with people to achieve their goals and aspirations from learning to swim their first tri all free style, crossing the finish line of there 1st ever tri to individuals racing for GB. Currently the head coach for the juniors, I'm a BTF level 2, working towards my Level 3 and currently doing my Ironman coach accreditation.

John Sexton
Level 1 BTF Coach
I have always enjoyed running and swimming and did my first marathon in London in 1989. I started doing Triathlons in the mid-nineties when Team Cherwell was formed. Over the years I have competed in lots of Triathlons of varying distances including Olympic Distance. I did my first half Ironman 2005 and have also done several full Ironman races in Henley, Lanzarote, Copenhagen. I might do one more! 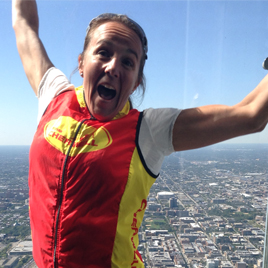 Fay Barrington
Level 2 BTF Coach
Joined Team Cherwell in 2012, to be part of a team, lose some weight, and regain fitness after years of injury as a runner. The bike and swim were all new competitive disciplines. Now I’m a keen ‘time trialist’ (TT) and GBR Age-Group triathlete. I currently coach Monday eve track 7-8pm and Turbo Training pre- season. My coach focus is for athletes to train smart and avoid injury!
MENU