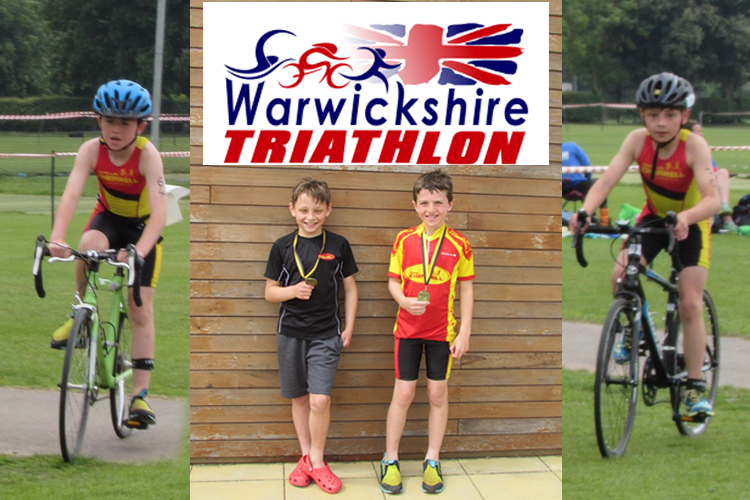 TC juniors had an afternoon event on our door step on Sunday 29th May at Warwick School. The bike and run routes were perfect on a manicured grass surface.

First off was Thomas and Niamh for TSS. Thomas flew round on his new bike and again was so close to the podium missing out on 3rd by 2 seconds. Niamh made up ground on her bike and came across the line smiling.

Next up was TS1 with a few of good top 10 finishing positions from the boys and girls.

TS3 saw a large field for both boys and girls. Racing was hard right from the start in wave one with Mabel and Katie representing Team Cherwell. Both girls flew around the bike course overtaking and chasing down other racers. The run was again very competitive, with Katie fighting for her position all the way to the finish line.

The boys race was even more fast and furious.  The swim went by in a flash and the speed on the bikes shows all that training on the grass has paid off. Daniel again was in a fight on the run course all the way to finish line and managed to hold on despite being chased all the way.

Well done to Luke Palmer And Fred Allanson who represented TC as well.